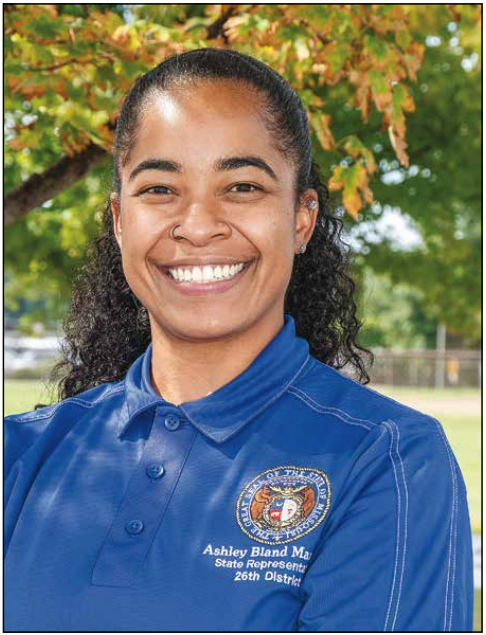 Voting rights under attack in Missouri

The conversation on voter rights and access has taken center stage in the national discourse since the end of the 2020 election, as former President Donald Trump has continued to circulate demonstrably false claims that the duly elected President Joe Biden’s victory was illegitimate. In the immediate aftermath of Biden’s hard-won victory, Trump provided absolutely no proof of collaborative wrongdoing, conspiracy, or widespread fraud by Biden, his colleagues, the Democratic Party, any state governments, or any other organized group. His detailed history of serial dishonesty, obfuscation of the truth, and creation of outright myths should have made it clear to anyone paying attention that his accusations were the desperate ploy of an unstable, delusional loser desperately seeking any means to cling to power.

Instead, his lies led to thousands of his most fervent supporters rioting outside and inside the U.S. Capitol on Jan. 6. They violently attempted to shut down Congress to prevent the elected representatives of the people of the United States from certifying the election. They wanted their mob rule to replace  American democracy. Fortunately, they failed.

Yet, Republicans — including its members in the Missouri General Assembly — are still eager to bow to the whims of this deceiver and his mob to set limits on who can vote under the guise of election security.

Over the last 20 years in Missouri, Republicans have worked to curtail access to the ballot box for groups of people that traditionally vote for Democrats. Take photo voter ID, for instance. In general, mandating that voters supply a specific, limited, and arbitrary form of identification to vote adds a significant imposition to anyone looking to participate in our democracy. However, this law targets those who do not already have a photo voter ID like a driver’s license (people with disabilities, the elderly) or could struggle to obtain a photo voter ID, namely women, those with low income, or racial and ethnic minorities. All these groups can face different struggles to obtain the documents required for an ID.

While some might argue this imposition is too circumstantial, too niche, too small to be relevant, the Brennan Center for Justice found 11 percent of Americans do not have a driver’s license or other form of government-issued photo identification.

In addition, Missouri Republicans almost got a bill to the governor’s desk this year that read like a laundry list of Trump’s conspiracies about the 2020 election. It mandates air-gapping voting machines, allows campaigns to hire “poll watchers” not required to live in the district where they’re observing an election, curtails efforts to register more voters, requires the use of paper ballots, and prohibits the use of mail-in ballots. Fortunately, this bill did not become law, but they will likely try again in 2022.

Local 249 members, who worked so hard to overturn the right-to-work law passed by the Missouri legislature and signed by the governor in 2017 will appreciate just how critical voting rights are. Without the vote — and the hard work of union members — Missouri would be a right-to-work state today.

Compare those changes to what Democrats are doing at the federal level. In August, the U.S. House passed the John Lewis Voting Rights Advancement Act, which will reinforce provisions of the Voting Rights Act of 1965 weakened by 2020 Supreme Court decision. Passed during the Civil Rights Era, the Voting Rights Act prohibited racial discrimination at the ballot and required states (specifically Southern states) to clear major voting rights changes with the federal government.

The modern-day Republican Party does not want to go through the hassle of courting voters or catering to ideas that may not be popular with the masses. As such, they have zero interest in expanding the right to the franchise or easing access to the ballot box. Instead, they fight tooth-and-nail in Jefferson City and other state capitals to make it more difficult for American citizens to exercise their constitutional right to vote.

The John Lewis Voting Rights Advancement Act will counter unjust and unnecessary voting regulations being passed in states that directly limit the right to the franchise. It will ensure states cannot make dramatic changes without clearance from the feds, which will protect voter access.

This bill upholds our national values of equality, individuality, and progress. We owe it to the people of this country to pursue an elections policy that prioritizes inclusion over exclusion, that expands our democracy to everyone rather than condenses it to a select few. To do anything less is a betrayal of the public and of this nation.
——————————————–
Ashley Bland Manlove, represents Jackson County in the Missouri House of Representatives. She was elected to her first two-year term in November 2018.