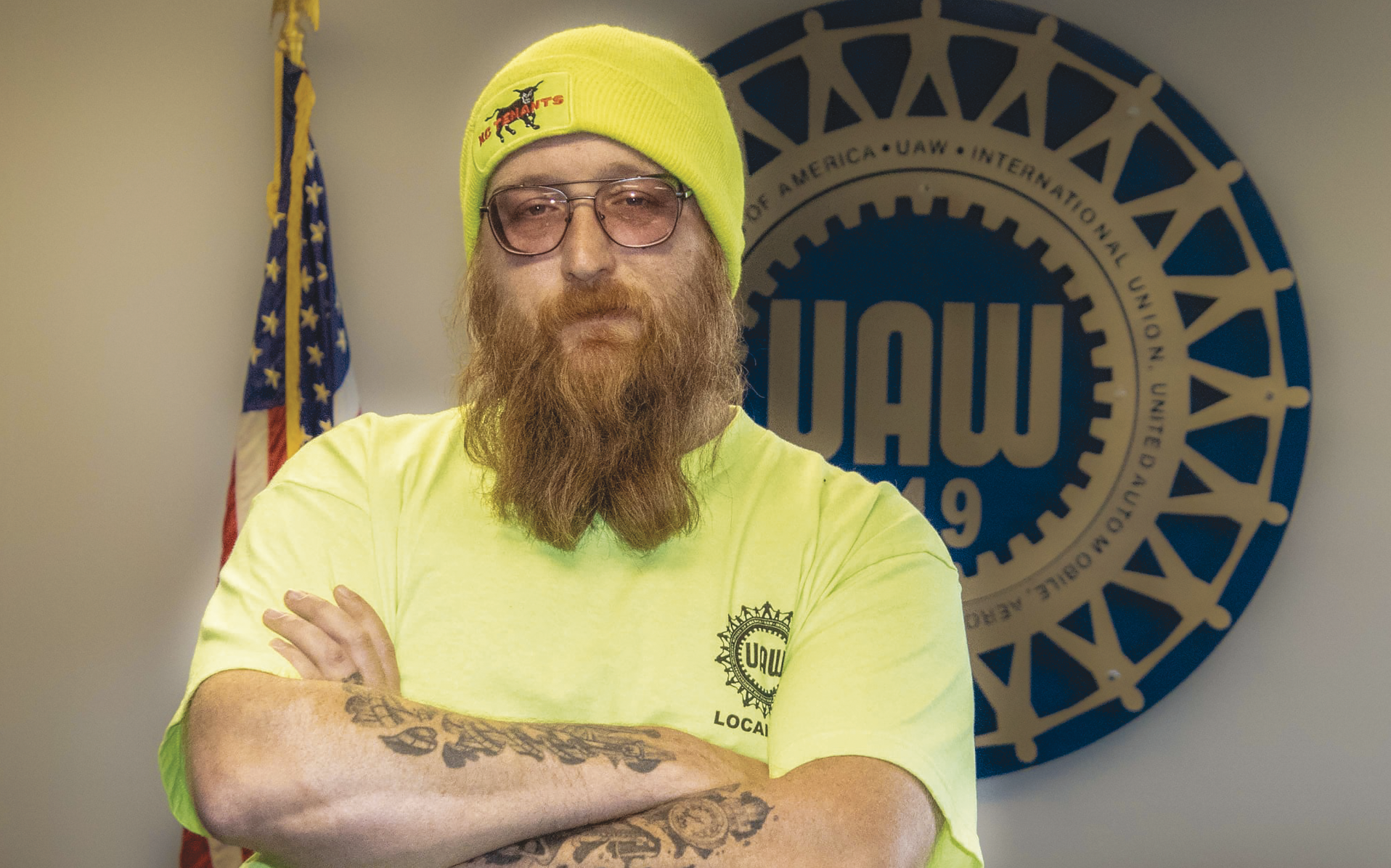 The UAW lifted me out of poverty

I grew up poor in a rich city. So poor, in fact, that we would often have to “go fetch water” to flush our toilet because the water was shut off more often than it was on. I remember hundreds of nights washing my hair with a bucket and bar of soap in a darkened bathroom, because our electricity was always off. We would move constantly. Lie to landlords about rent, and family about whether we’d eaten and how long it was between meals.

That poverty stayed with me for a long time. When I married Pam, we were poor. We raised our children, Dylan and Alex, poor. We chose which bills to pay and which ones to let go. Every paycheck went to pay back bills, overdraft fees and gas to get to jobs that paid too little.

I found a job at my first union shop and that poverty eased a bit. Not much, but enough to know that being a union member was the only true path out of poverty.

When I lost that job, I found work at Walmart and sank right back into crushing debt and despair. I held two jobs, one at Walmart and one as a cook and dishwasher. I was 30 years old. Pam held a job while studying for her bachelor’s degree in computer science. We used every trick, grant and cost saving method we could find, invent, or scam the schools out of. We still had to take out a $6,000 loan. We were sinking in an ocean of drowning people.

In 2014, Ford was hiring and there were thousands who wanted the job. Many of us waited for days to just get the chance to take the eight-hour test.

There was no lunch break, no choice and no second chance.

Pam and I found out we each got new jobs a month apart. I got on at Ford and she was hired as an engineer at another company. It took several years and thousands upon thousands of dollars, but we pulled ourselves out of poverty.

None of that would have happened if I didn’t join the UAW. Today, I’m a utility hi-lo driver on C-Crew in the Truck System at the Ford Motor Kansas City Assembly Plant. As a member of UAW Local 249, my wife and children have medical care second to none. I received profit sharing. I was paid a wage that meant I didn’t have to worry over which bills to pay each month. It was surreal and still is, that I can live a life without feeling the weight of poverty hanging over my head.

Pam and I bought a house in Lee’s Summit not far from where I grew up. It’s on the same street where my grandmother lives, but believe me, we’ve come a long, long way.

Now, my youngest son is picking out colleges. It’s seems crazy to me that ten years ago, before the UAW, I was resigning my youngest to a life of hard labor and crushing poverty. Now, he’s talking about becoming a lawyer, an engineer, or taking on some other career that I know will be expensive, but I haven’t once had to question my ability to provide for his education.

I’m involved in the union because I knew soul-crushing poverty. My union freed me from it, and I’ve made it my duty to make sure I have a hand in ending it for someone else, because someone I never met ended it for me.

I’m proud to have helped launch Local 249’s Motorcycle Committee and served as its  co-chair with Keith Jones. Now, I’m the chair of the local’s Education Committee and I teach member education classes. I work closely with organizations like Stand Up KC and KC Tenants that help people who find themselves trapped in the same cycle of soul-crushing poverty that I grew up in.

I do that because my union changed my life. Yes, it’s let me down emotionally at times, but it’s never given up on me and I will never give up on it.