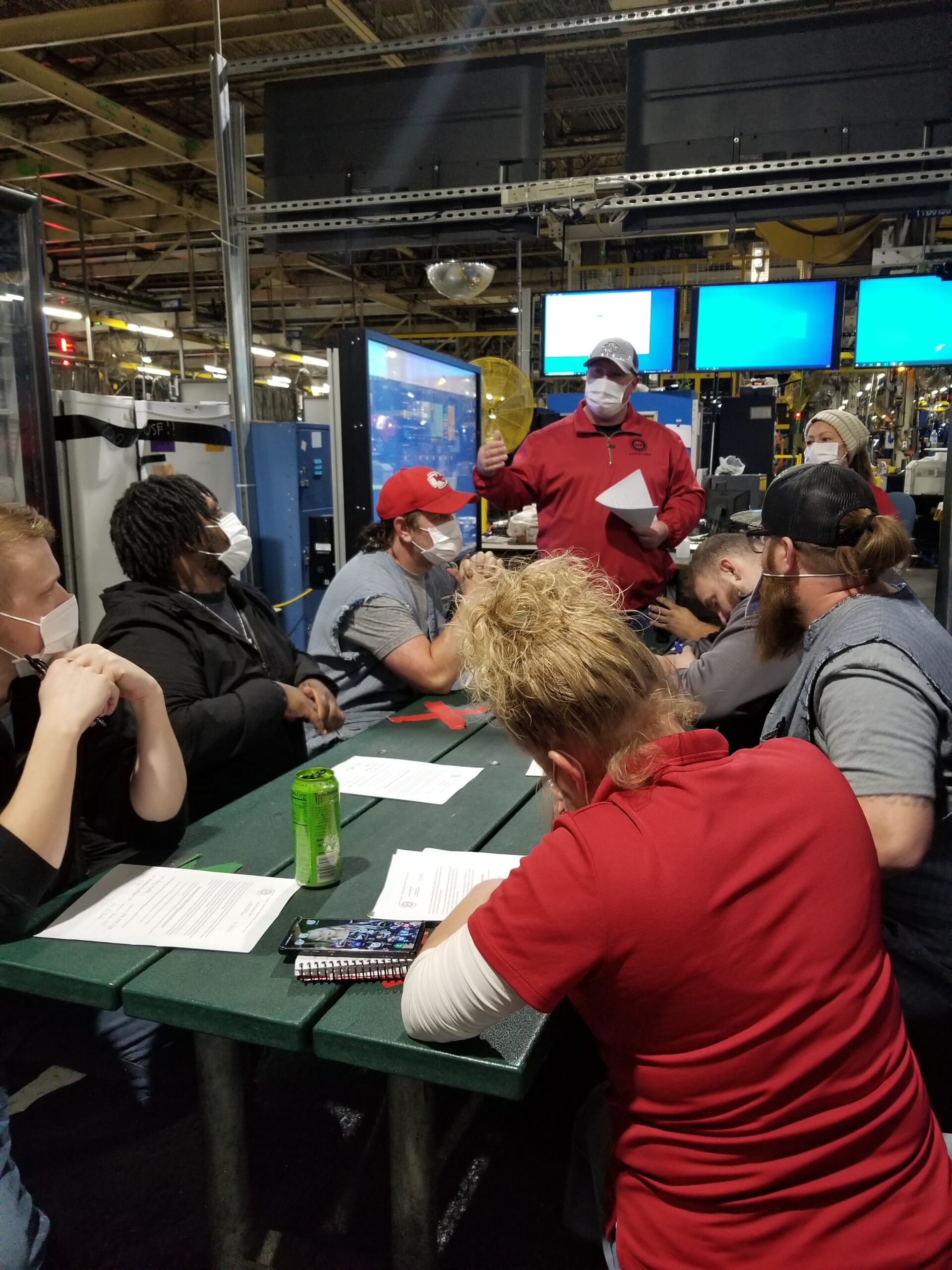 No room for weakness

In the halls of Jefferson City, there lurks a pervasive threat to our democracy. It has been there for far too long, creeping around in the shadows and we must shine a light on it to expose it for what it is, to give it a name and banish it from our state capitol. This entity is a threat to our very voice as working people, constantly working to undermine democracy. It is a weakness.

This weakness has allowed so many legislative attacks on the working class to go unanswered. It has prevented us from sparking the necessary outrage to mobilize and organize our members and the working class to build a defense against those seeking to steal away our democracy and liberties.

We have always worked hard to keep our members informed about what is going on in Jeff City, but the current attacks taking place there are not just aimed at our Union and our way of life. They are outrageous and are directly designed to strip away democracy and take away any power the working class still wields to combat these corporate attacks.

On Feb. 24, the Missouri House of Representatives granted first-round approval to a proposed constitutional amendment, raising the requirements to amend the Missouri Constitution through the ballot initiative petition process to an unattainable level. It marked the second time in as many weeks that the chamber endorsed corporate legislation to strip citizens of the right to enact legislation independently of the General Assembly when they fail to represent the will of the people.

Currently, multiple bills have been proposed to restrict the voice of Missourians and restrict our constitutionally protected right to use the ballot initiative process. House Joint Resolution 71, sponsored by House Republican Bishop Davidson, House Joint Resolution 91 sponsored by House Republican J. Eggleston, House Bill 2079 sponsored by Republican John Simmons are all attacks on the ballot initiative process. HJR 79 sponsored by Republican Mike Henderson is especially offensive as it would amend the Missouri Constitution to require a “two-thirds supermajority” to pass a constitutional amendment. This would mean that every ballot initiative including the repeal of “right to work”, Medicaid expansion, and the minimum wage increases that Missouri voters overwhelmingly approved in 2018 would not have met these requirements.

Let me be very direct! These weak corporate Republicans are not interested in representing the interests of the working class. They are attracted to the power and influence of corporate money and the promises of personal gain and are willing to support legislation that they know will hurt their own districts to benefit their own careers. They secretly meet with outside organizations like the American Legislative Exchange Council (ALEC) that carefully craft legislation to promote the interests of Corporations regardless of the consequences for the people they are supposed to represent.

We can and should be disgusted at these corporate Republicans and their blatant willingness to violate our democratic values and silence our voices in any way possible, but the truth is, that is just what they are being paid to do even if it is reprehensible. We must also be outraged at the weakness of too many Democrats and common-sense Republicans that remain silent and lack the courage to stand openly against these attacks.

They have failed to stoke the fires of outrage, to fan the flames of righteous indignation of the working class, to build a class-conscious movement to mobilize a collective counterattack to the well-funded corporate threat to our State. We must continue to expose these fraudulent bills for what they are: thinly veiled attempts to undermine the will and rights of the poor and middle working-class Missourians. Local 249 members, who worked tirelessly to defeat the Corporate Republican’s “right to work” law, will remember that this dangerous – undemocratic – law was overturned by an overwhelming vote of the people after it was put on the ballot through the initiative process. The ability to exert the will of the people in that manner is what is now in jeopardy.

The working class must drop party titles, stop looking at legislation as being Democrat or Republican and begin examining these bills from the lens of the working class. We need to call out our representatives, no matter what side of the aisle they are on, and demand they fight for us and the values that represent the will of the people. We elect them, not the other way around.

By looking at each individual piece of legislation and asking ourselves, “Who is crafting this bill? Why? Who benefits from what it contains?” we can then begin to see the true purpose behind them and who is truly fighting on our behalf. It is easy to see why so many members of the working class gravitate towards the Republican narrative and the false strength they project. It is easy to be swayed by talking points that resonate with strength and power, but when the bills they propose are brought to light it only takes a glance to see who they really work for, and it is not us. They are bought and paid for by greedy corporations with selfish motivations.

We know the strength of our voice when we come together collectively, because “Missouri appears to be a national leader in overturning voter initiatives, according to Gregory Magarian, a professor of law at Washington University in St. Louis and an expert on constitutional law. This shows why Republicans fear our voice as working people and why they are working so hard to undermine that voice.

It is time to push out the weakness that has surrounded us for too long and start demanding representation and justice at every level of our democracy. Educate ourselves by going to the Missouri Ethics Commission website and viewing the public records of monies donated to politicians or to
the Missouri House and Senate pages to view the bills being sponsored. It can be daunting at first, but it doesn’t take long to see who has our interests
at heart and more importantly who we need to vote out of office.