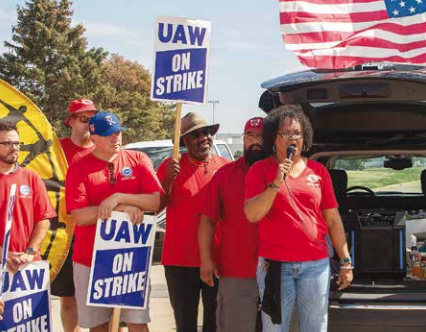 If the majority in Jefferson City had their way this year many of the rights we have enjoyed as Missourians would have been eliminated. Just as it was in state majorities across the country there were countless attacks on voting rights, union rights, and the requirements for filing initiative petitions. By standing strong together both Senate and House Democrats were able to fight back against the Republican supermajority and protect the rights of our citizens by killing these bad bills. This article is an attempt to highlight some of the legislation filed by Republicans this year that Democrats worked particularly hard to fight against.

SB 137 was filed to follow the false narrative that the 2020 election was based upon fraud. This bill would have reduced the length of time required before purging voters off of the voting rolls. Current law will only permit removal after four years IF, after notice is sent the voter does not respond. This bill would eliminate the notice and disenfranchise voters automatically after not voting in two years. We are all aware that many people only vote in Presidential elections. If this bill had passed we would lose many valuable voters.

SB 282 followed the 28 other states who have filed and passed legislation aimed at restricting voting access.
Specifically this bill would have:

• stipulates that no electronic voting system would be approved unless the machine produces election results from a paper ballot that can be voter-verified
• repeals a provision of law that expired for mail-in voting;
• grants the Attorney General concurrent jurisdiction for all election offenses (generally the role of the Prosecuting Attorneys);
• implements a strict voter ID provision; and
• prohibits public funds by school districts to support candidates or ballot measures.

On the positive side, had SB 282 passed Democrats were able to get no-excuse absentee voting as a part of this bill.

In 2018 like-minded community stakeholders came together to fight the Republicans push to enforce Right to Work. That successful campaign was due to the current requirements of Missouri’s initiative petition laws. HJR 20/SJR 2 sought to change the requirements necessary to pass an initiative petition. Right now an initiative petition can be placed on the ballot so long as eight percent of the votes cast for the Governor in six of the eight Congressional Districts are gathered. If HJR20 or SJ 2 passed it would almost double the signature requirement to 15 percent and require a vote of 60% to be valid.

HB 850 would have allowed the Legislature to overrule the authority of our courts to review ballot summary language for accuracy. If we were to adopt ballot summary language in any resolution changing the constitution, and, put that vote before the people courts would not be able to change that language. If passed this law would allow any language passed by the Legislature to be the law. This bill was filed as a direct response to a 2020 Missouri Supreme Court ruling blocking the sworn affidavit requirement for people lacking a photo ID.

SB 11/HB500 attempted to create a statewide mechanical license. Led by Senator Doug Beck Democrats were able to defeat this bill which would have made any local mechanical contractor license requirements meaningless and hurt employment opportunities for union journeymen.

SB 244 Despite passing a restrictive “paycheck deception” law in 2018 that was prejudicial to public employee union members and unions as a whole Republicans filed more an even more restrictive law to hurt unions. If this bill had passed each union member would have had to sign a standard form before dues could be deducted from their paychecks. This bill would have also required evidence that each union member signed the authorization form freely. This bill was just another knife thrown in an attempt to kill unions. Although it didn’t pass this year it will surely come back in 2022. Fortunately the Missouri Supreme Court overturned the 2018 law shortly after session ended.