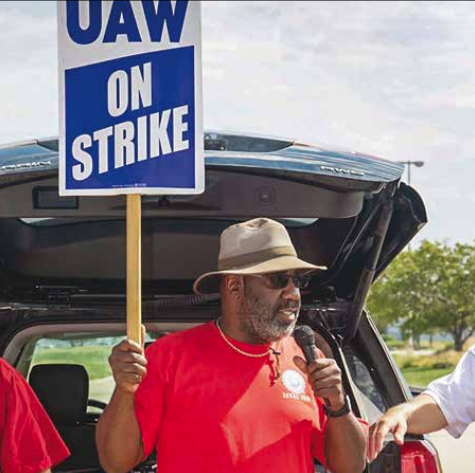 If things had gone like they were supposed to, the Missouri General Assembly would have completed the process of redrawing the state’s eight congressional districts to reflect population shifts under the most recent U.S. Census in May. But since the states didn’t get the detailed Census data needed for redistricting until recently (September 16) due to pandemic related delays, lawmakers are behind.

With the legislature unable to do the job during its regular session, the bipartisan expectation had been Gov. Mike Parson would call a special session this fall in order to have new congressional maps in place by the end of the year. Surprisingly, the governor announced in August he has no intention of calling a special session for congressional redistricting.

As a result, lawmakers won’t be able to take up the task until the next regular legislative session begins on Jan. 5. That’s a problem because candidate filing for next year’s party primaries opens Feb. 22. In theory, the minimum time the legislature needs to pass a bill is just five days, but it almost never happens.

So, with a complex and politically charged topic like congressional redistricting that usually takes months to complete, getting it done in the roughly six weeks between when the legislative session starts and candidate filing begins will be a major undertaking.

Making the task even more difficult is the fact that bills enacted during the regular session normally don’t take effect until Aug. 28, which in this case will be six months after candidate filing opens. The only way a bill can take effect immediately upon being signed into law by the governor is if it passes by two-thirds supermajorities in both the state Senate and House of Representatives. Given the competing interests among majority Republicans – with at least seven sitting GOP state lawmakers mulling congressional runs of their own – getting supermajority support isn’t guaranteed.

The partisan split of Missouri’s congressional delegation currently stands at six Republicans and two Democrats, and that’s likely how it will remain. While some Republicans are talking about creating a 7-1 GOP map by carving up the Kansas City-based 5th District, there are several political hurdles to doing so, which is why I understand a similar attempt 10 years ago went nowhere.

Two districts – the 1st and 8th – need to significantly expand in territory to gain sufficient population to reach the target. The remaining six districts will need to lose residents.

Although it is possible to reconfigure the 5th District, represented by longtime Democratic Congressman Emanuel Cleaver, into a Republican district, it’s much easier said than done, politically speaking. Since the 5th District currently is heavily Democratic, flipping it Republican would require shifting large numbers of Democratic voters into neighboring districts. As a result, the Republican strength of those districts would be diluted.

So, while carving up the 5th District might produce a 7-1 Republican congressional delegation in the short term, that could easily turn into a 5-3 – or even a 4-4 – split over the 10-year life of the map.

Another hurdle to turning the 5th District Republican is it would require putting more of the Kansas City metro area in districts with far away rural counties whose residents probably would prefer to maintain the rural focus of their current districts. Those rural residents likely would put strong pressure on the Republican state lawmakers who represent them to oppose a congressional plan creating more hybrid rural/urban districts.

And the final hurdle to this plan is the several rural Missouri state lawmakers with congressional aspirations almost certainly would prefer running in overwhelming Republican districts rather than diluted ones that could prove more difficult to hold in the coming years.

If lawmakers are unable to agree on a redistricting plan in a timely manner, it’s possible that a panel of three federal judges could end up drawing Missouri’s new congressional districts, as authorized under federal law. Federal judges drew Missouri’s new districts in both 1971 and 1981 after the legislature failed to do so.

Given the political uncertainty of the legislature enacting a congressional redistricting bill in such a tight timeframe in 2022, there’s a strong chance that could happen again.

Missouri State Rep. Jerome Barnes, D-Raytown, is serving his third term representing the 28th District in the Missouri House of Representatives. Rep Barnes is the ranking Democratic member of the House Special Committee on Redistricting.