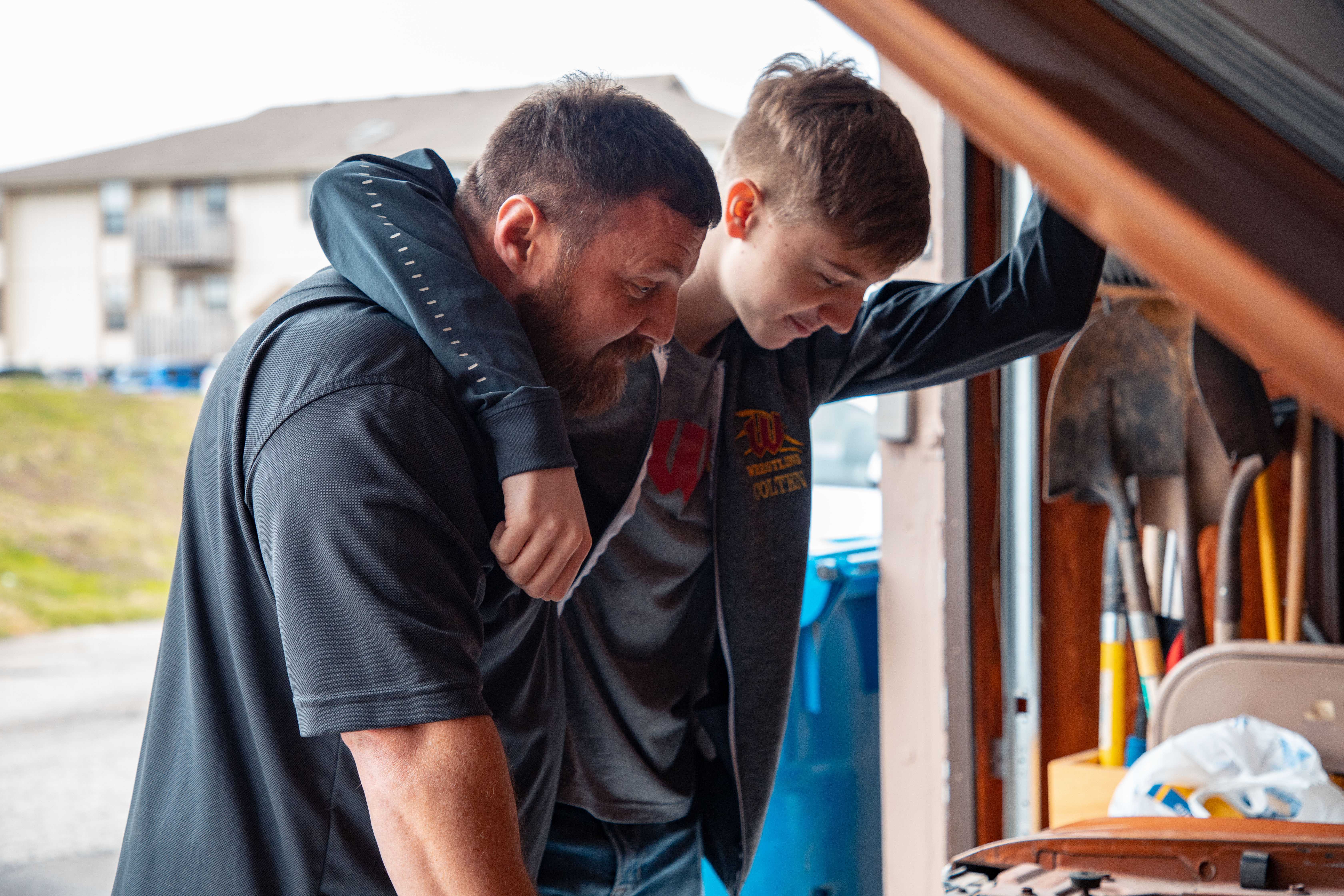 “Sometimes the smallest things take up the most space in your heart,” a sentiment shared by everyone’s favorite bear, Winnie the Pooh, rings true for many who become a “Big” with the Big Brothers Big Sisters (BBBS) program. This year one of our own was awarded the prestigious title of “Big of the Year,” both locally and statewide.

For nearly 8 years, UAW Local 249 member Burt Rich has been paired up with his “Little,” Colten. Their relationship started by chance when Rich was looking to make a bigger impact than what his school bus driving and the reading program, he was part of, had allowed him to do. After seeing a billboard for Big Brothers Big Sisters of Kansas City he knew then that was how he would make his mark.

Knowing that matching potential Bigs and Littles is a complicated process, BBBS offers 3 potential matches to each Big with information about the kids, their history, and their interests. Rich gravitated to Colten immediately and the two clicked.

As many who work at Ford know, finding time to add new activities into an already busy and exhausting schedule can be difficult, but Rich was determined to make it work for him and Colten. Despite working B-Shift at the time, Rich still made it a priority to attend as many of Colten’s functions as possible. Sometimes this meant getting off a 10–12 hour shift from the plant, going home long enough to shower, and then appearing at Colten’s scouting events, music concerts, and sporting events (including NKC Parks & Rec soccer and baseball, high school wrestling, car wash fundraisers and more).

“One of the running jokes with Colten and me is the time I got off work, showered, and hit the road to join Colten for one of his patches. I had to pull over partway there and take a nap. I eventually got there a little late, which he knew I would be, and then I find out this is for his hiking patch, and we have a 5-mile long hike ahead of us,” Rich shared while laughing. “I told them not to mind me I’d be bringing up the rear and ended up being asleep by 6pm that night. They all teased me calling me old man, but this old man had been up for 32 hours and hiked 5 miles, so I think I was doing pretty good.”

Rich shared that his experience is not necessarily the typical one as he sometimes goes above and beyond what is truly expected of a Big. BBBS wants you to spend at least an hour a week or two meetings consisting of a couple of hours together with your Little. Much of that time can be spent together without costing money, it’s more about the investment of your time.

In the beginning, Rich would invite Colten over and they would make dinner together where he would teach him how to shop and cook for himself and then how to clean up afterward. These may seem like simple tasks, but they help teach your Little how to grow up and take care of themselves, and how to become a productive member of society. If a Big is struggling with ideas, there are match support specialists that are assigned to send out emails with local events taking place, ideas for activities, and help with any struggles a match may be encountering.

When asked, “What have you taken away or learned from this program,” Rich shared that he has taken so much from the relationship, but ultimately, he learned patience. “Patience, because he reminds me so much of me. Sometimes he can be all over the place just like me. I would also say that I learned that I wish there was more of me to go around, there’s so much I would like to do.”

Colten on the other hand shared during his Eagle Scout acceptance speech that there was plenty of Burt Rich to go around. “He is more than a father figure. He is more than just a brother. He is a friend and mentor as well. This man is a walking example of what a scout is, along with having integrity, excellence, and a scary amount of determination. I am privileged, honored, and straight-up proud to call him my brother, my friend, and my mentor.”

The relationship between a Big and a Little obviously has the potential to have a huge impact on the lives of all of those involved, and Burt and Colten illustrate that. Currently, there are approximately 216 kids in the Kansas City area waiting to be matched with a Big, and 1,164 active matches.

If Burt and Colten’s story inspires you into wanting to make an impact by mentoring a child or teen in your area, you can visit bbbskc.org for more details. We are proud to call you one of our own, Burt Rich, and thank you for sharing your incredible journey.