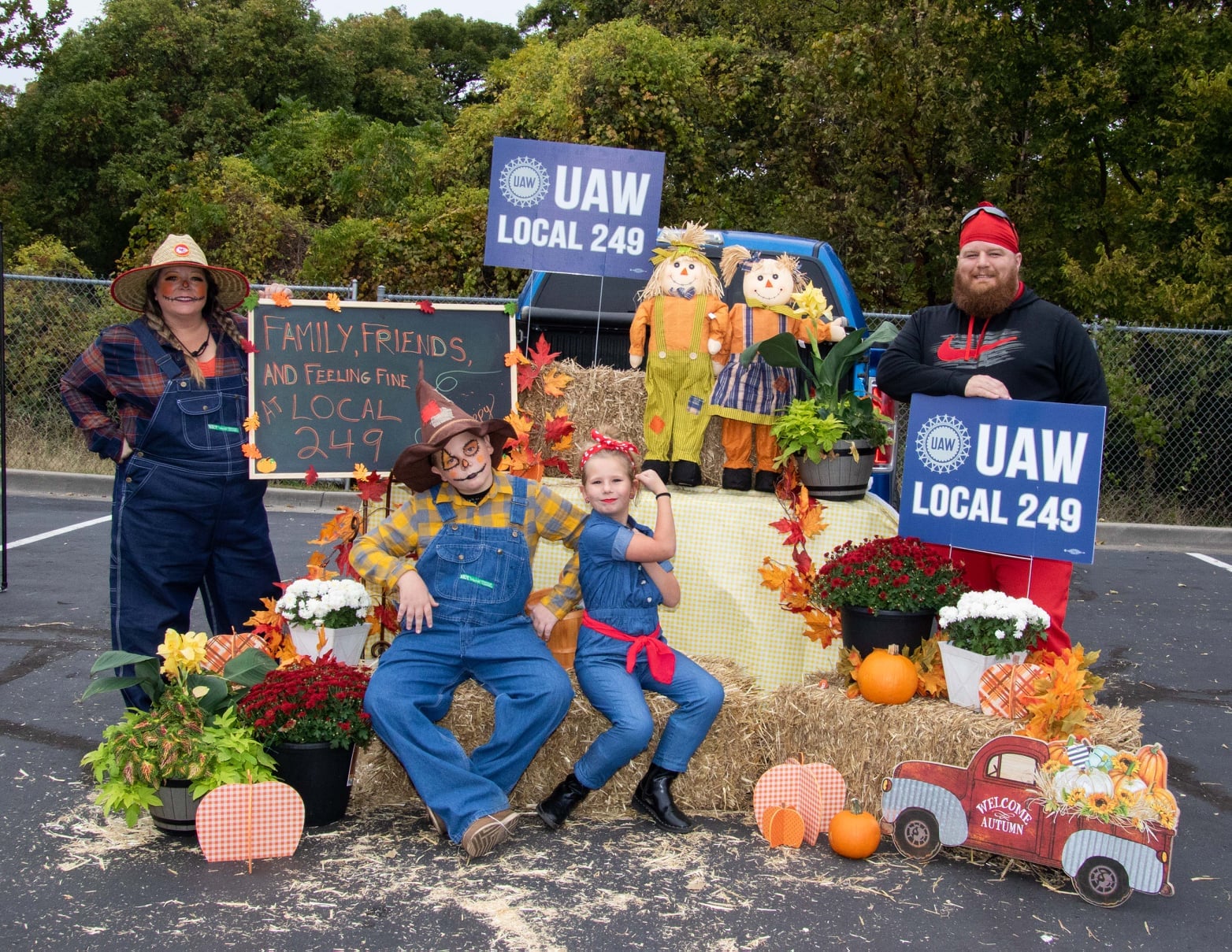 Spiders, witches, and pirates, oh my! Local 249 families joined together to have a spooktacular time at the union hall parking lot on October 23.

Our fantastic committees turned their vehicle trunks into Halloween masterpieces. About twenty trunks were decorated into a variety of themes. From a mystical witch land to fighting crime with Wonder Woman. The children and parents prance around with excitement as they circle the parking lot with glee. As they were patiently waiting for the next trunk, they were instructed to become a judge and choose the trunk that was the most creative.

Once they had reached the final trunk, the families were given a raffle ticket that was to be placed in a bucket of the trunk that they found impressive. The first place winner will not only get bragging rights for the year, they will be rewarded with a $75 gift card, second place gets $50, and third place gets $25.

First place went to the CAP committee. There you met the Great Pumpkin Charlie Brown crew. Where Charlie Brown and Snoopy waited around their yard for the children to come play and dance around a bucket of candy they were willing to share. Second place went to the Civil and Human Rights Committee. Come on down to the carnival where the Civil and Human Rights friends lured us in with the delicious smell of fresh popcorn. As the families were waiting for a savory treat, they were able to play fun and addicting carnival games that varied from the ring toss to the bean bag toss.

Last, but not least, was the Union Label, who placed third. Their trunk was every kids dream place to live, Candyland! Children softly chanted “Candyland” as they hopped on over to be greeted by the boo-tiful, multicolored hair, candy corn queen who let everybody, young and old, take a trip through her candy cane kingdom. She had giant lollipops, massive candy canes and heavenly sweets guiding the way to her big barrel of assorted candy.

“I enjoyed it a lot more than I was expecting. I thought it was going to be a lot smaller with less people than it was, but it was a way larger turn out than we had expected. We actually made it through 600 pre-filled bags of candy.” Said Danielle Evans, who is a current participant in the Women’s Committee. She was not only volunteering her time for her committee, but she was also able to have some family time with her daughter by joining in on getting some ghostly treats.

“My daughter enjoyed herself and got to see all the trunks. That was fun for her. There was a haunted house the children could go through and some side games, like ring toss and candy corn bowling as well. I would 100% be a part of this next year!”

While the sun quickly set, the crowd grew bigger, until a chilling wave of wind and raindrops came misting down on the union families. As the floating ghosts and goblins started to deflate and candy buckets started to deplete, the spine-tingling fun was coming to a halt. All the kids were exhausted with overfilled bellies from sweets and giggles. While the adults were pleased with such a safe and fun environment. Not a face was left without a smile. This year of spooky fun will be a haunting act to follow.