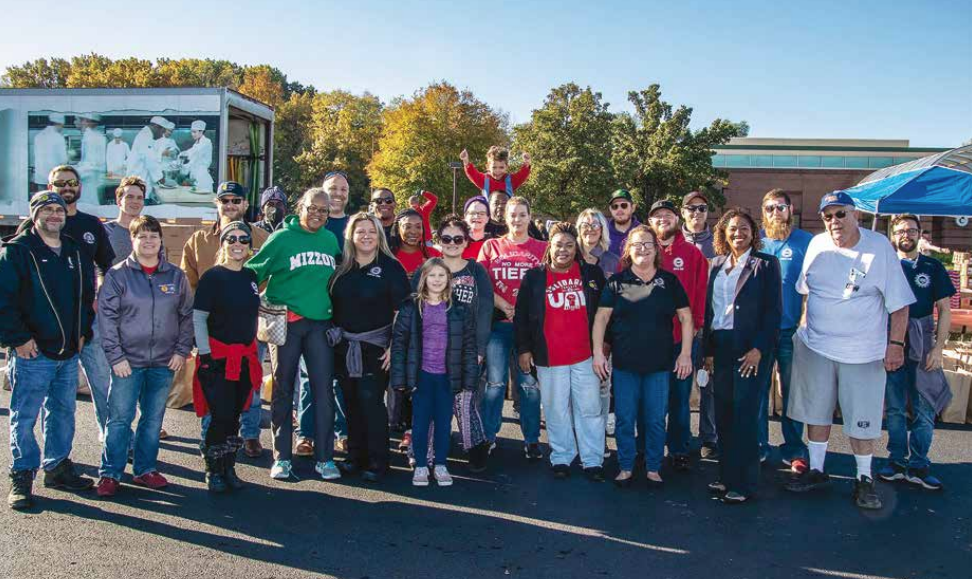 Local 249 puts the giving in Thanksgiving

By all measures, 2021 has been a tough year for Local 249 members. There was COVID-19. On top of that there were persistent supply chain shortages and the resultant layoffs at KCAP. Many members had a hard time getting the unemployment compensation and SUB pay that was due them in a timely way.

Even so, most members recognized that being a member of the UAW meant that they were protected, the problems would be solved and left them better off than most workers who don’t have a union standing up for them.

Harvesters, which provides food and related household products to more than 760 nonprofit agencies including emergency food pantries, community kitchens, homeless shelters, children’s homes and others donated food and other items to be distributed to those in need at the event.

In addition to Harvesters, the UAW, Sen. Washington and Councilwoman Parks-Shaw, a number of local unions, the United Way, the Urban League of Kansas City and others helped sponsor the event.

“The turn out was a success and the families were beyond grateful,” said Erica Eckart, Local 249 Member to Member Committee Chairperson. “Big thanks to those of Local 249 for showing up in numbers to help out the process,” she said. “It was amazing to meet and spend time with other local union workers from different trades all over the city, and be able to come together and share the experience of giving back to our communities in such a unified way.”

Senator Washington, a Democrat, represents District 9 which covers part of Jackson County in the Missouri State Senate. Councilwoman Parks-Shaw represents Kansas City District 5 on the south side of the city. Both have worked closely with Local 249 to defend the rights of working people in the state.