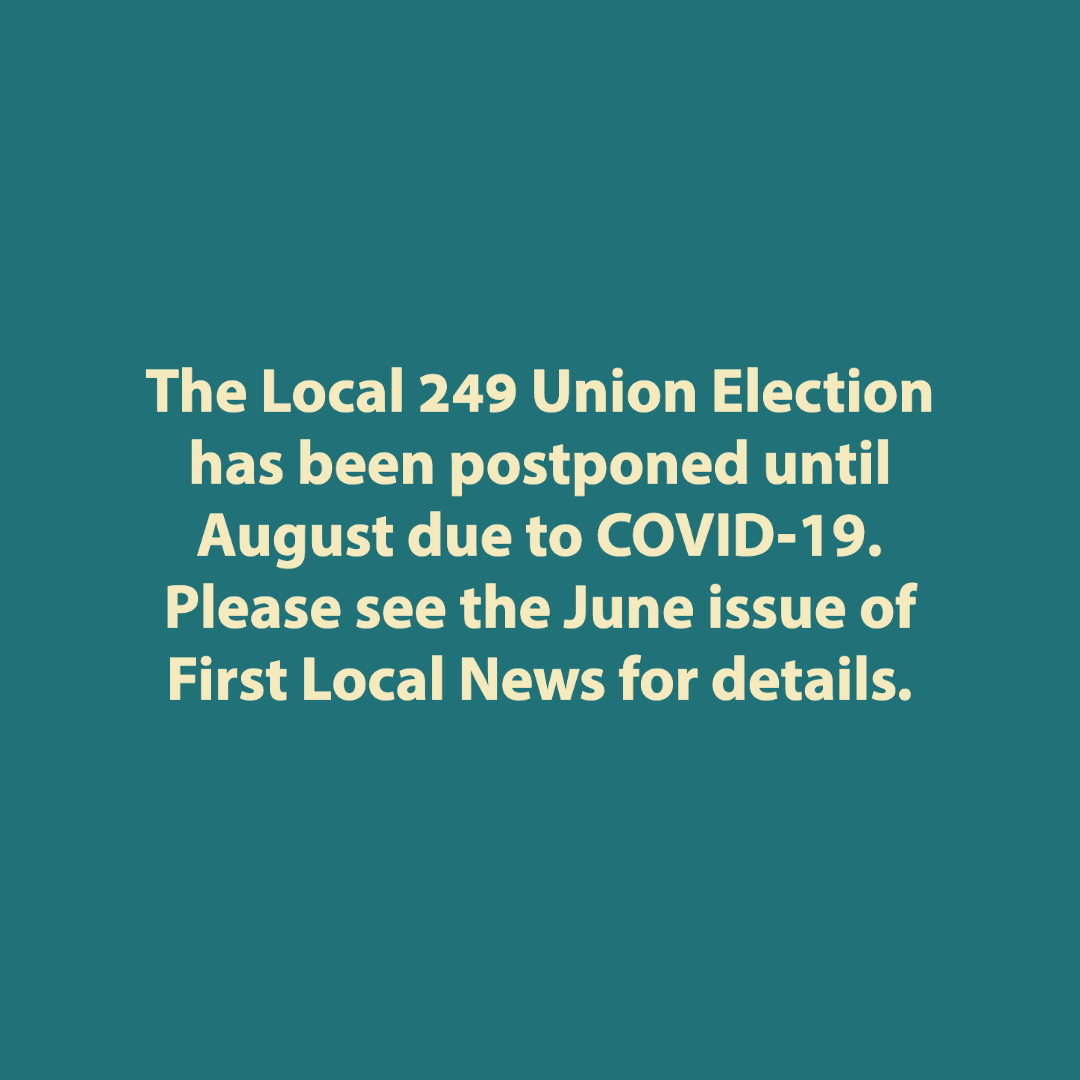 Nominations
Nominations were held at the Regular Membership meeting on Sunday, March 15, 2020.

Voting machines will be used. Members in good standing are eligible to vote. Bring proper identification such as Ford I.D., Union Card, Drivers License, PMHV License, or other types of photo I.D.

Absentee Voting
Members may vote absentee for all elected positions if you are out of town on company or local union business. A signed statement must be filed with the Local Union in sufficient time for the member to secure a ballot and redeposit same with Amalgamated Local Union 249 prior to start of election.
Shirley Mata
Recording Secretary