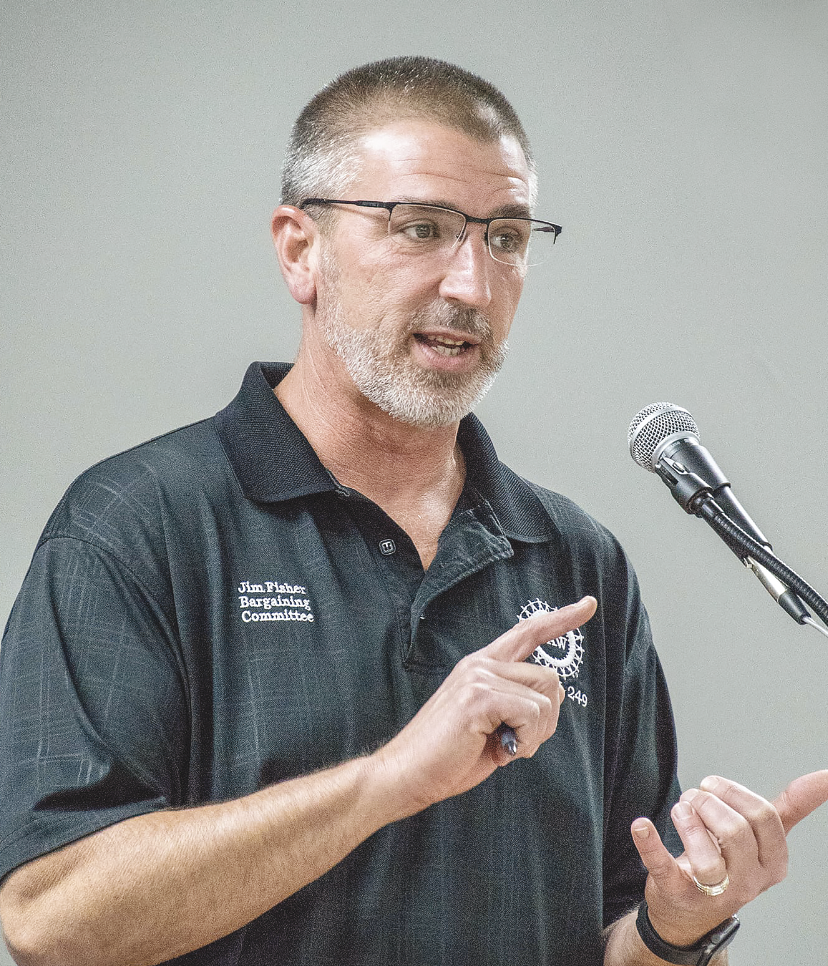 The production schedules for KCAP have continued to adjust during the month of March. The Transit system (per Appendix H page 150 of the National Agreement) has been changed to a 12-hour schedule due to a Major Model Launch of the Battery Electric Transit. However, in reality, what we have seen due to parts supplier issues is that there have been very few times the company has been able to run these kinds of hours in production.

In March the Transit System scheduled five shifts of Super Production on Saturdays. The Truck System remains on a 3-Crew Pattern and had two shifts scheduled for Super Production. While March showed encouraging signs that production schedules would be leveling out and returning to normal, there are still signs that an unstable supply chain remains. Due to the events in Ukraine, Ford had announced European production is being reduced. In March, an earthquake affected production at several semiconductor plants in Japan. Due to all these concerns our plant schedules will remain week to week.

There have been some steps recently taken by the COVID-19 team to phase out COVID protocols at our plant. Recently, members were allowed to work without masks. While the membership has gotten a break from the masks, I just want to just remind everyone that if the COVID-19 cases increase in our area that the mask requirement could come back.

The members have also began taking advantage of a local fitness center. The Foundation has been made available while an upgraded air ventilation system is added to our own fitness center. If you’re interested, membership vouchers are still available at the union hall. And finally, the plant cafeteria has taken the early steps in serving hot meals again. Currently, the cafeteria has only three employees and they are working on hiring more employees and expanding the hours those meals will be available.

Our quality has been very inconsistent, but there have been some improvements. While the parts issues are affecting the plant every day in one department or another, we must put our highest priority on protecting our customers from quality defects. There should be no controllable defects leaving your workstation without being reported. We have seen an increased awareness from members enforcing the Stop Button Procedure, and even management has been reported holding the lines to fix quality issues. Once our membership took the lead in fixing the problems on the floor, management tried to give the impression they are fixing things also.

All members should be aware that our national and local contracts are set to expire in September of 2023. I know that this is still a very long way away, however, now is the time to start noticing some of the top issues and how they are being handled. The plant continues to struggle in manpower, mainly due to an inability to hire new employees off the street.

The entry wage of a temporary worker making $16.67 is not competitive with the market conditions of most fast-food restaurants. Ford still requires our members to start off at a temporary status. This is a problem that could be fixed immediately. However, they have chosen to let plants struggle by not fully staffing base operations within the plant as a cost saving move.

Recently, KCAP management implemented new plans for controlling manpower as an effort to try to hide the number of open jobs. We expect this will lead to delays in moving members who have bids, and we are prepared to file grievances for those members if necessary.

Like I said earlier, September of 2023 is still a long way off, but financial planning for this process should start with your family now. The company will not be able to “cry poverty” or “help save the company” during this next contract. They have committed to spending billions in investments for Battery Electric Vehicles to improve their financial bottom line for the future, but we need to be assured they will be investing in our members in 2023 as well.