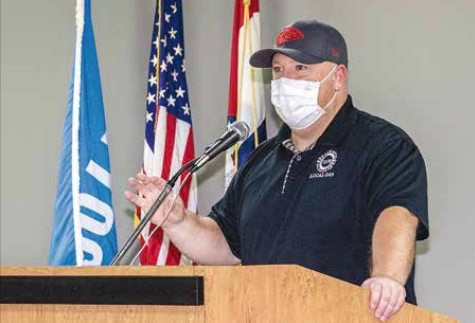 They’re calling it Striketober. Across the nation, more than 100,000 American workers are on strike — or threatening to go on strike — to win back what’s been taken from them over the past 45 years.

At Frito-Lay, Kellogg and agricultural implement manufacturer John Deere, workers have walked off the job in a high-stakes battle to turn around generations of declining pay, benefits, working conditions — and let’s be honest — hope. It’s not just happening on the picket line, either. A record 2.9% of the American workforce quit their jobs in August, which is equivalent to 4.3 million resignations, according to the Bureau of Labor Statistics.

Since the late 70s, American workers have been on the losing side of a desperate battle to save the American Dream. Years of relentless attacks from the corporate billionaire class and their enablers in the halls of government and the media have made a mockery of the once common-sense idea that a hard day’s work should be rewarded by a fair day’s pay.

Years of successful attacks on working class living standards have created a race to the bottom among the corporate class to deny workers dignified pay and benefits, including Ford, that has invested in new products including the Bronco Sport, Maverick and Electric Mustang that have all gone to Mexico to avoid paying UAW negotiated wages and benefits. Ford recently announced it is making its largest investment in company history in right-to-work Tennessee and Kentucky all while attempting to ignore its contractual commitment to invest $900 million in the Ohio Assembly Plant.

As these attacks on working men and women progressed decade after decade, the dream that a steady job was the ticket to a middle-class life gradually slipped away.

Today, over 60% of American workers make less than $20 an hour and are working multiple jobs to get by. These realities have true life and death consequences. Life expectancy in the United States declined by 1.5 years from 2019 to 2020 to the lowest level since 2003, according to new provisional data from the CDC’s National Center for Health Statistics.

This decline in life expectancy, which predates the COVID-19 pandemic, comes almost entirely among working class Americans without a four-year college degree, which make up a significant portion of the U.S. working-age population.

Social scientists call these deaths of despair as a result of the steady erosion of U.S. working-class life.

What Striketober is showing us for the first time in decades is the beginning of despair transforming itself into determination. Workers are fighting back and believe they can win. The sleeping giant — the American Worker — is no longer willing to accept the loss of jobs, pay, and dignity. We want our fair share of the wealth we create, and we are willing to take on the corporations and their lapdogs in government and the media.

The strike by 10,000 of our UAW brothers and sisters at John Deere is one of the best — and most important — examples of the transformation from resignation to resistance.

The Deere strike comes at a time when the company is reporting record profits. The company projects it will earn $5.7 to $5.9 billion this fiscal year fueled by orders from farmers who put off equipment purchases in past years, but now benefit from higher corn and soybean prices.

Worker anger was further stoked by the knowledge that Deere CEO, John May, was paid $15.6 million in 2020, up from $6 million the year before.

The tentative contract — rejected by an astounding majority of UAW members at Deere — would have provided increased wages to current workers, but at the expense of defined benefit pensions and retirement healthcare for the next generation of Deere workers.

Sacrificing the future of their children for a handful of silver was one step too far for the vast majority of Deere workers.

In many ways, the decades-long decline of the American working class as a whole is reflected in the battles between the UAW and in agricultural implement manufacturers that erupted in the 90s.

Some ten thousand UAW members struck again in 1994–1995 for 17 months, a record at that time. The strike ended with UAW members forced to return to work without a contract despite record revenues and profits by Caterpillar.

What is the difference now? Workers are regaining their class consciousness in the wake of the COVID-19 pandemic that identified which work is absolutely essential. Corporations are conducting a desperate search for workers to fill their factories and workers are rightly demanding more.

We see this here at KCAP where Ford is converting TFTs to Full Time In-Progression ahead of schedule because they cannot retain enough workers to keep production running at current levels of pay and benefits.

It is time — long past time — to use our power to take back what we have lost over the past 45 years.

To take advantage of our renewed power, we need to fight on the picket line, and we need to fight for trade policy that brings jobs to the U.S. so that we are not so reliant on overseas suppliers. We need to demand that our elected officials stop enabling corporate criminality and it must all start with the passage of the PRO (Protecting the Right to Organize) Act that will give workers the power to organize for dignity and justice on the job.