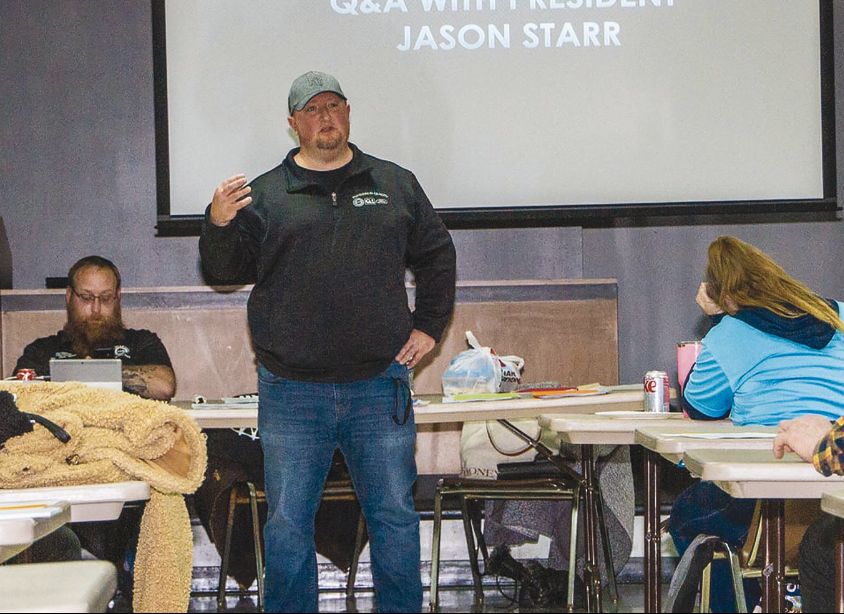 In 2010, Ford announced it was pulling production of the hot-selling Escape from KCAP and sending it to Louisville. No replacement product for our plant was promised, and many feared that with half the plant idle, we would lose the F-150, too.

Missouri Gov. Jay Nixon stepped forward to introduce the Missouri Manufacturing Jobs Act to provide incentives to bring a replacement product to KCAP for the Escape and keep the F-150 here, but a faction of far-right Republicans in the House and Senate blocked action on the bill. When the regular session of the legislature ended with no action on Nixon’s incentives bill, KCAP seemed doomed.

As word spread around the country that Missouri had blocked incentives to keep the F-150 here, Michigan, Illinois and Ohio quickly stepped forward to offer hundreds of millions of dollars in incentives to lure production of our F-150 to their states.

If they succeeded, every Local 249 member at KCAP would have faced a stark choice: move far away from family and friends or lose their job.

The loss of KCAP wouldn’t have affected just our members, either. The Center for Automotive Research estimates that each assembly plant job creates six additional jobs in transportation, parts plants and aftermarket suppliers. In all, the legislator’s failure to act might have cost Missouri more than 30,000 jobs, more than $1 billion a year in wages for the local economy and all the taxes those good jobs generate.

To stop that from happening, Local 249 leaders used VCAP funds donated by our members to build a state-wide bipartisan coalition of elected officials, business leaders and labor unions to call for a special session of the legislature to pass the incentive package and save the plant.

It was a struggle. The opposition by some far-right Republican legislators was fierce and many times threatened to stall the Jobs Act incentives again. In the end, the bipartisan coalition we built with your VCAP dollars carried the day. The incentives bill was passed. Ford kept the F-150 here and brought production of the Transit commercial van here, as well. A stamping plant was built and more than $1 billion was invested in modernizing the plant.

Everyone working at KCAP today has a job because VCAP allowed us to implement a winning strategy to save our products, plant and jobs.

Your VCAP contributions don’t go to candidates and elected officials because they are members of one party or another: Republican, Democrat or Independent. VCAP donations are made to elect candidates of any party who pledge to fight for economic policies that support good jobs, fair trade, worker rights and health and safety.

We also work with community allies to build a movement – like the coalition that saved our plant in 2010 – to fight for those economic objectives. To that end, we have invested the voluntary contributions made by our members into community activities such as the Breast Cancer Awareness Walk, the Martin Luther King Banquet sponsored by the Coalition for Black Trade Unionists, the Earnest and Edna Shepard Youth Center Scholarships, Clay County African American Legacy, the Garrison School Cultural Center, Journey to a New Life, Working Families Friend and Region 8 tornado victims.

Local 249 is launching a drive for VCAP contributions. I urge you to start making a contribution to VCAP if you aren’t already and to increase your contribution if you are. Your small monthly contributions are a great investment in protecting our jobs and wages, union rights and our health and safety laws. VCAP contributions also make the communities that we live in stronger. It creates allies who will work with us to defend middle class living standards and to fight and win should we face another crisis like the one we faced in 2010.